A live action game in which teenagers have to rescue two kidnapped youngsters by locating pieces of a satellite that crashed in their neighbourhood.

On a normal day in December, two youngsters got kidnapped out of two highschool cantinas in Leidsche Rijn, a new neighbourhood in Utrecht, The Netherlands.
What followed was a ten-day online and offline search for the victims and their kidnappers. Why where they kidnapped? What happened? What where the looking for? The local teenagers had to work together to connect the dots that where live acted events, hidden artefacts, websites, social media accounts and other media.

The project was a promotional campaign for the cultural youth club Klub19, a part of Cultuur19.

I was lead game designer on this project. 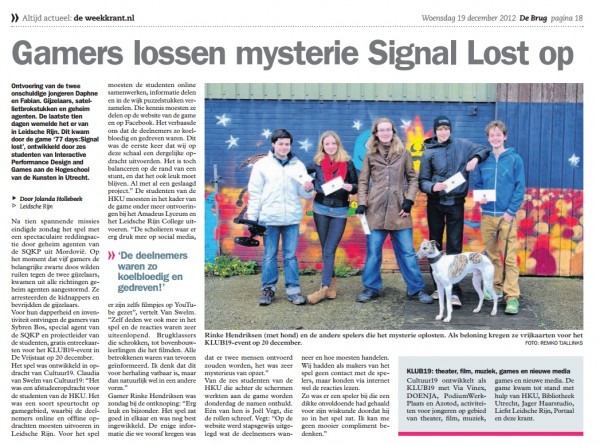 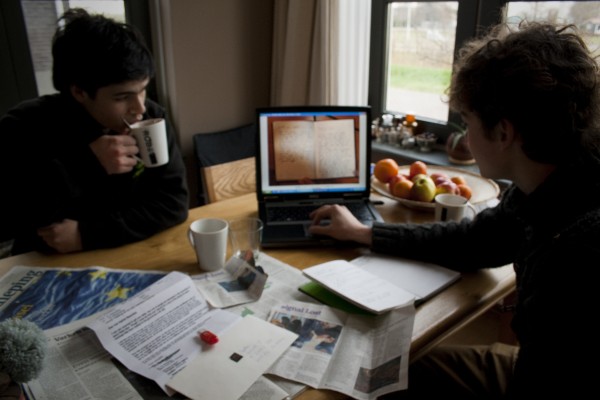 A player proudly shows his collection of gathered game material.